We talked about the Covid~19 pandemic and the increasing death toll. We noted that a third vaccine is under consideration at this time. We talked about R. Paul being to young at the time this program aired to get an appointment for a vaccination at the Brooklyn, V.A. Hospital.

We talked about Biden meeting with a bunch of Republicans to see about coming together on a stimulus package. They wanted one that was about a third of what Biden wants. So now Biden's $1.9 trillion stimulus package is going to get passed without any Republican support. We're glad about that.

We said that with the pandemic causing such large scale exonomic hardships the Republicans of today are acting like Herbert Hoover did when the Great Depression hit. They have not learned from history. Hoover was a one~term President and he got blasted out of office by Franlin D. Roosevelt.

We noted that over 140 of the January 6, insurrectionists have been arrested so far, and that a lot of the arrests are coming as a result of these idiots putting their crimes on~line! We noted that a guy named Dave Lindorff has written that in 1967, over 700 peaceful protestors were arrested during an anti~war protest at the Pentagon. They were just sitting peacefully on the lawn in front of the Pentagon and they were beaten and dragged off to a prison in Virginia. In the insurrection on January 6, there were five deaths, and armed people were hunting for legislators looking to kill them! Mr. Lindorff makes the point that the feds are saying that they're not going to bother arresting everyone they can identify who took part in the inusrrection because it would overwhelm the courts, but in 1967, there was no such concern.

We talked about that awful Marjorie Taylor Greene person being removed from all of her committees.

We talked about former Vice~President Mike Pence joining the conservative hate group the Heritage Foundation. Pence fits right in with their anti~gay stances over the decades. He's infamous for diverting money for HIV treatment to advocates of the phony conversion scam that has hurt so many LGBTQ+ people

We talked about some Chinese Communist Party news including Ministry of Education's "Proposal on Preventing the Feminization of Male of Adolescents," which requires an increase in the number of gym teachers so that they can "cultivate masculinity" among boys. Because you certainly never find gay men in gyms. 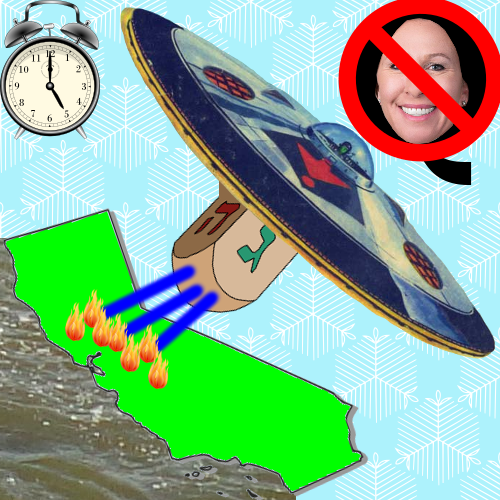