We talked about the Covid~19 pandemic and the new and more dangerous variants that are showing up around the world and in the United States. We talked about President Biden making the bold claim that he's going to get 200,000,000 vaccine doses for Americans. We wondered how much further along would the vaccination program be if only Trump and his pals had behaved normally and planned out how to distribute the vaccines, and that plan ought to have included obtaining a lot of vaccines. We noted that Trump passed on an extra 100,000,000 doses at one point.

We talked about the Republicans in Congress balking at the $1.9 billion stimulus package that Biden's proposing. They had no problem giving businesses huge tax breaks.

We talked about the QAnon cuckoo in the House of Representatives and how she may be the one who gave some of the insurrectionists a tour of the Capital Building the day before the attack, showing them the weak spots in the building's security. We're glad to hear that there's a motion to expel her coming up.

We talked about two men in Indonesia's Aceh province being publicly caned 77 times each for having engaged in consensual sex with each other. We talked about Sharia law being the enemy of so many people.

R. Paul talked about how Americans got so stupid.

In anticipation of the upcoming big snow storm Pickles of the North read a piece about the Frost Fairs that used to be held on the Thames River in London, England.

We read some mail on this program. 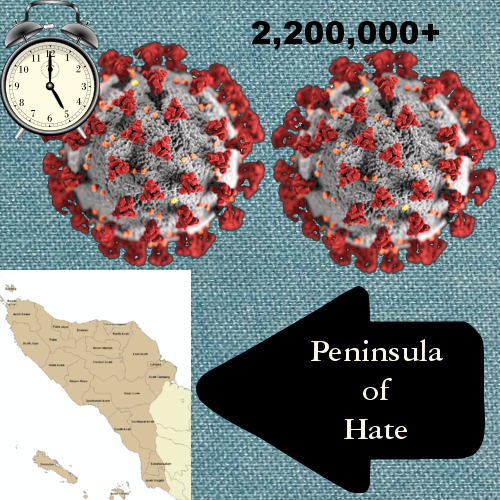